Mark Kirkby established the current vineyard between 1998 and 2002, with his wife, Stephanie and three daughters. The vineyard was planted with rare varieties, chosen to make the most of the unique terroir. Rare varieties including Gewürztraminer, Tempranillo and Nebbiolo joined classics like Sauvignon Blanc and Shiraz.

Fast forward to the present and the vineyard and Mark and Stephanie’s daughters are all in their 20’s. The varietal composition of the vineyard has also changed significantly over the years as we learnt through trial and error what varieties favoured the hot, wet summers and cold winters.

Initially, the intention was to sell the majority of the harvest to other wineries based in the New England area and the Granite Belt in Queensland. In 2005 there were few humble batches of wine made under the family label – Topper´s Mountain. 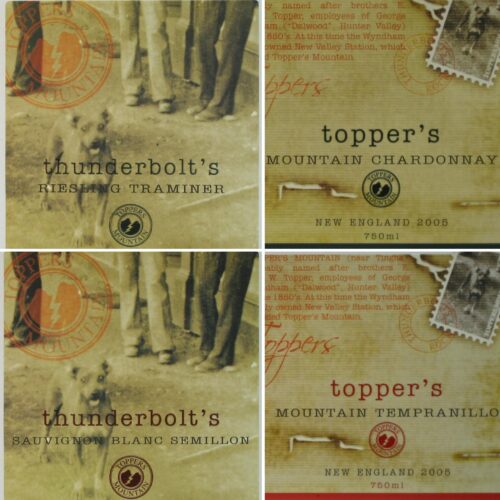 Soon after this collaboration the small, family label underwent an extensive rebranding, with new wines, a new look and new winemaking philosophy. This new rebrand was released to immediate success, with Topper’s bone-dry Gewürztraminer becoming the Australian benchmark of the variety. Petit Manseng, Nebbiolo, Tannat and our two signature blends (Bricolage Blanc and Rouge) were not far behind!

In 2017, Jan Taborsky, a recent European expat and wine manager was hired to help manage operations.

Around the same time (and Jan swears it is purely coincidence), a string of varying degrees climate disasters hit the vineyard. We weathered:

2017: A cold and wet vintage. High rainfall made the harvest of late-ripening varieties like Nebbiolo a nightmare.

2018: Negligence and logistical issues concerning rented winemaking equipment undercut a nearly perfect vintage. As a result we lost our Manseng and Viognier harvests.

2019: Here we go, the royal highness of disasters, the Tingha Plateau bushfire. The nearby State Forest was burnt to a crisp while high winds carried embers into the vineyard, hours before the first harvest. 95% of the crop was lost due to heat damage or smoke taint, while 20% of the vines were lost.

2020: Getting back on track at this point, although COVID-19 hasn’t helped. Lost vines and facilities were replanted and rebuilt, however a drought in the latter half of this nightmare year wiped out another half of the replanted baby vines and our yield was only 16 tonnes (20% of the usual yield in a good year). 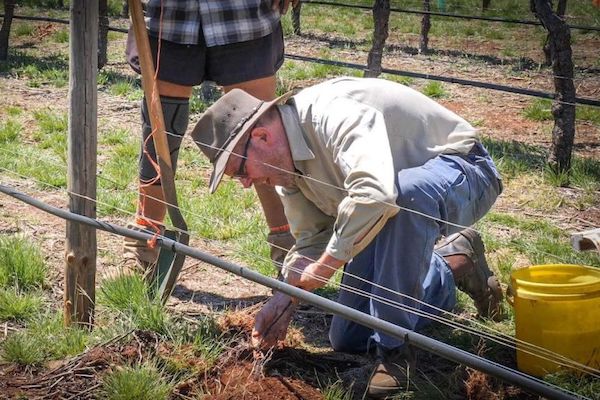 It’s been a bumpy, at times fiery road, but we’re a tough lot and take it all in our stride. In good news, we’ve recently joined forces with talented Granite Belt winemakers Glen Robert and Andrew Scott from Bent Road and Jared Dixon from below the border in Clunes with Jilly Wines.

The New England area has a rich viticultural history, dating as far back as the first settlers. Vineyards in this region are unique as many sit over 1000m above sea level, accompanied by a cool climate and iron-rich soils. In the 1850’s vigneron, George Wyndham (of Wyndham Estate, located in the Hunter Valley) established a 100 000-acre property, named ‘Bukkulla’ near Inverell. By 1870, Wyndham had 10ha of vines bearing fruit, contributing to the 11 000 gallons of wine produced annually by the Estate. 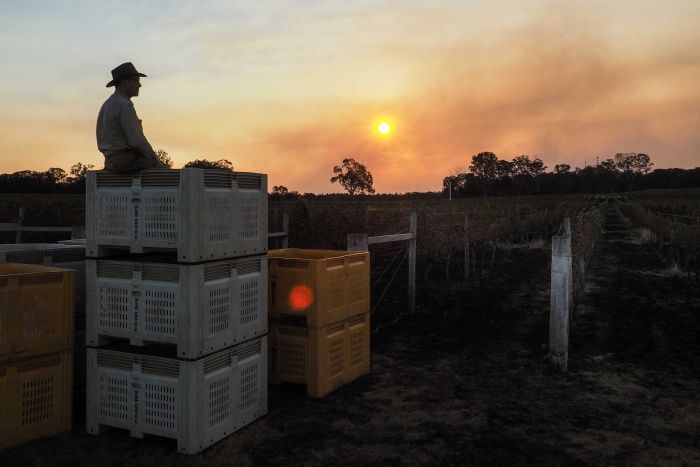 Fast forward into the turn of the 20th century, around 1905, Inverell was producing approximately 227 000 litres of wine annually, totalling around 45ha of vines. Between 1870 and 1920, wines from the area won many awards in wine shows across the globe, from Amsterdam, London and France to across the pond in Chicago and San Francisco.

A prominent English wine judge at the time wrote of Bukkulla wines: “(They) have a character and quality above the average of most wine-producing countries. The lowest quality is better than a large proportion of the ordinary wines of Europe, while the best would not suffer in comparison to the finest known growths”.

We think it’s about time to bring the fame and renown back!

VISIT US AT THE VINEYARD

Our cellar door is open for tastings on Sundays between 11am – 4pm. Individual tastings are available from Tuesday to Saturday - by appointment only.