Three weeks after a grass fire took off in the Topper’s Mountain vineyard, resurrection  both natural & via humankind are well underway.

Last week we drenched the vines  with an industrial travelling irrigator in order to (hopefully) relieve the vines of some drought stress, so we’ll let you know how this goes.

As the fire swept through the vineyard it also took the dripline with it, which is an integral part of vine health in these dry times. So, we’ve been hard at work laying new dripline as fast as we can, and so far, it’s looking pretty good. We applied the equivalent of 70mm of rain beginning on Wednesday 27thFebruary & finishing on 2ndMarch. 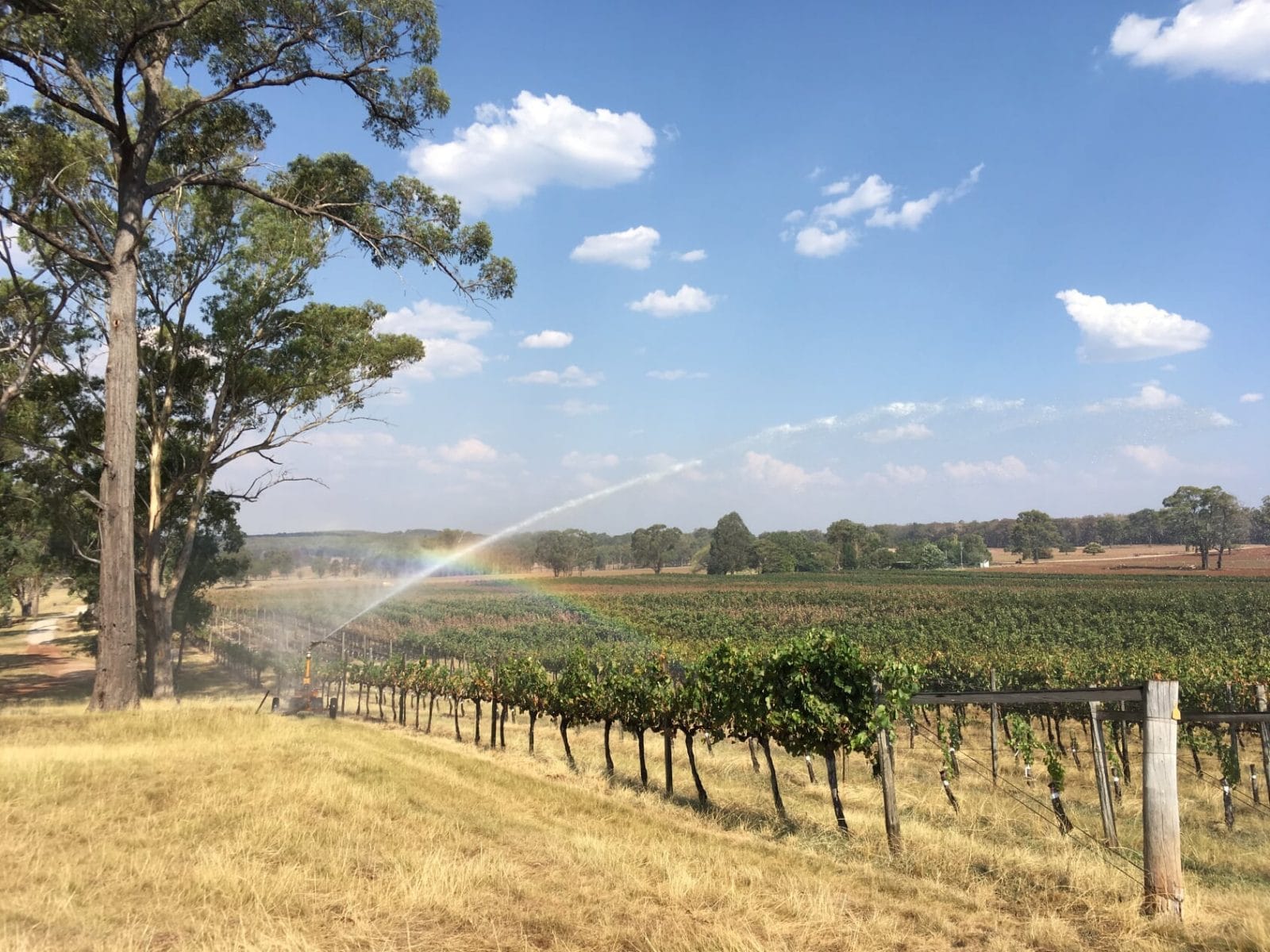 Thanks to the kind people at Danthonia we’ve had a team of helpers cutting off all the damaged fruit and dropping it on the ground – quite a mammoth task considering it is equivalent to the entire 2019 harvest.

We’ve still got a long way to go, we need to replace around 400 posts that have been burnt off at ground level by the intense grass fire. But it’s starting to look up as we’ve started spotting the first new shoots on a few of the vines! Fingers crossed. 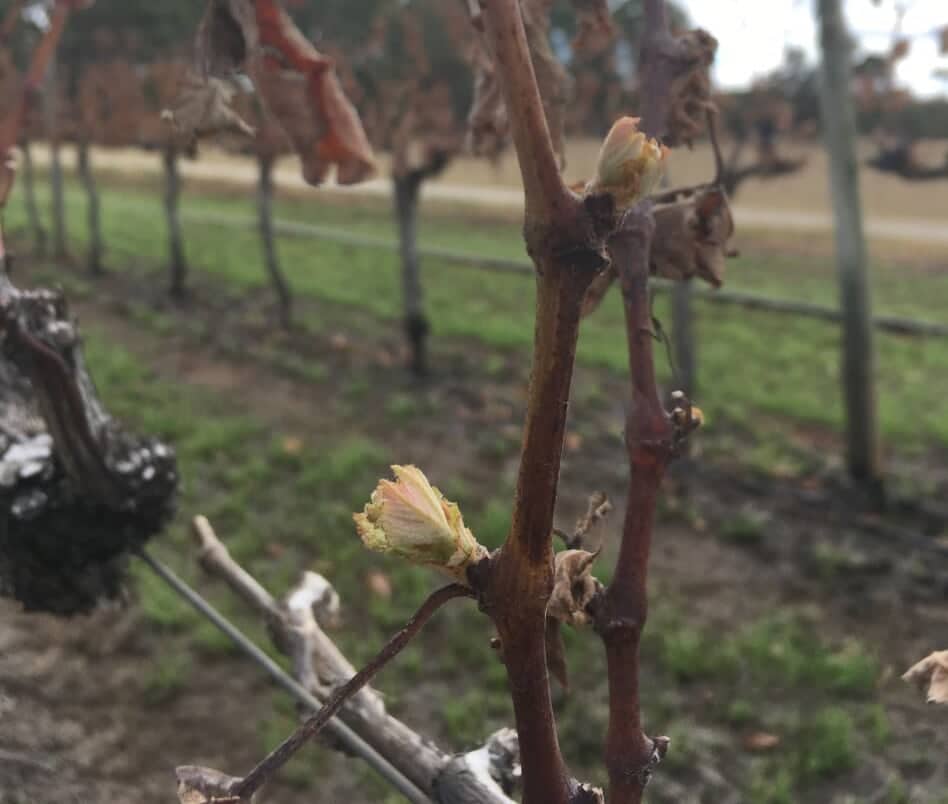